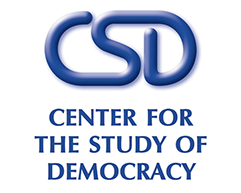 Founded in late 1989, the Center for the Study of Democracy (CSD) is an interdisciplinary public policy institute dedicated to the values of democracy and market economy. CSD is a non-partisan, independent organization fostering the reform process in Europe through impact on policy and civil society.

CSD objectives are: to provide an enhanced institutional and policy capacity for a successful European integration process, especially in the area of justice and home affairs; to promote institutional reform and the practical implementation of democratic values in legal and economic practice; and to monitor public attitudes and serve as a watchdog of the institutional reform process.

Building bridges is the old-fashioned way of bringing together social actors and cementing new alliances. Born as a think-tank, CSD has evolved into policy development through dialogue and partnership. Bringing cutting-edge solutions to transition problems is CSD’s way of keeping the middle ground between academia and social practice.

CSD has pioneered in several areas traditionally perceived as the inviolable public property, such as anti-corruption institutional reform, and national security. CSD believes that bringing a new culture of cooperation and trust in a milieu of inherited fragmentation and opacity is equally rewarding as the achievement of concrete social goals.

Center for the Study of Democracy 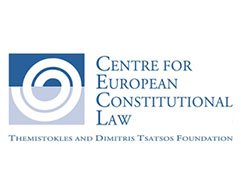 The Centre for European Constitutional Law (CECL) is one of the most active Greek non-profit research institutes.

CECL is a public benefit institution and research centre, founded in July 1995 and based in Athens. The Centre’s objective is to contribute to the development of democratic institutions and the welfare state under the rule of law and to strengthen international cooperation with respect for the cultural identity of each state. Three specialized units operate within the structure of the Centre: Unit for Better Regulation; Educational Policy Unit and Social Policy Unit.

The Centre has implemented institutional and capacity building projects in more than 25 countries, mainly in the areas of judicial reform, human rights and administrative reform; it is the national focal point for the European Network of Fundamental Rights (FRANET) of the European Union Agency on Fundamental Rights-FRA; it enjoys special consultative status with the Economic and Social Council (ECOSOC) of the United Nations; it participates in the activities of international organizations with Observer Status; it is a mandated body for the implementation of Twinning projects between national administrations; it coordinates the “Constitution-Making and Constitutional Change Research Group” of the International Association of Constitutional Law and operates the blog https://constitutional-change.com/ and it is ISO 9001:2008 certified for the services it offers. 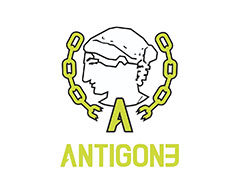 Association Antigone is a non-governmental association based in Rome, Italy. Its activities are focused on raising awareness on public opinion and facilitating debates on the Italian penal system through campaigns, education, media, publications, and the academic review “Antigone”.

The organisation has conducted a number of studies on penal and penitentiary issues, operates the Observatory on Italian prisons, which publishes an annual report on the Italian penitentiary system since 1998, and has created a prison Ombudsman which collects complaints from prisons and police stations and mediates with the administration in order to solve specific problems. Antigone is also leading the European Prison Observatory, which involves nine European countries and is funded by the EU. 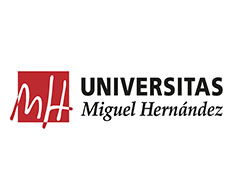 University Miguel Hernandez de Elche participates in the project through its Centre for the Study and Prevention of Crime CRIMINA (www.crimina.es). CRIMINA is a research centre dedicated to research on security and crime prevention from a cutting-edge social science perspective.

University Miguel Hernandez de Elche participates in the project through its Centre for the Study and Prevention of Crime CRIMINA (www.crimina.es). CRIMINA is a research centre dedicated to research on security and crime prevention from a cutting-edge social science perspective. The organisation is experienced in crime analysis and legal studies and has done research on profiling of offenders and victims based on risk, protective and situational factors, crime mapping, security perceptions and insecurity feelings, human factors modelling for crime and security, etc. 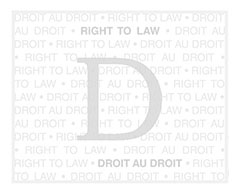 Droit au Droit – Right to Law is an international non-profit and non-governmental organisation, founded in 2004 under Belgian law and based in Brussels, whose aim is to foster the protection and promotion of human rights, democracy and rule of law in the practical implementation of legal practice.

Droit au Droit – Right to Law is an international non-profit and non-governmental organisation, founded in 2004 under Belgian law and based in Brussels, whose aim is to foster the protection and promotion of human rights, democracy and rule of law in the practical implementation of legal practice.

DAD objectives are to provide an enhanced institutional and policy capacity for a successful European integration process, especially in the area of justice and home affairs; to promote, support and monitor institutional reform to improve the transparency, fairness, accountability and efficiency of judicial systems by strengthening the rule of law and advancing human rights for all. The organisation’s aim is to foster policy development through interdisciplinary dialogue and partnership between public institutions, academia and social actors on key issues that will shape the future legal landscape.

DAD focuses on developing innovative pathways to improve the quality of justice for vulnerable or marginalised groups, strengthening the voices of reform-minded prosecutors, and promoting greater understanding of the civil and criminal systems. We encourage collaboration among key justice stakeholders and support projects and organisations, promoting access to justice, human rights and the rule of law through legal and policy advocacy, empirical research and education, and piloting of effective practices.

DAD contributes to the achievement of these objectives through the implementation of activities, including the organisation of public events and the provision of expertise on research and benchmarking of legal systems, at national and international level. 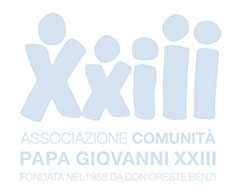 Associazione Comunità Papa Giovanni XXIII (APG23) is an international association of the faithful of pontifical right. It was founded in 1968 by Father Oreste Benzi in order to fight marginalisation and poverty.

Since 2006, APG23 obtained the Special Consultative Status with the Economic and Social Council of the United Nations (ECOSOC), as a result of its work aimed to remove causes of injustice and promote human rights. The Association participates actively in the Human Rights Council and the Universal Periodic Review, as well as in various committees and events organised by UN and its agencies. In 2009, the Association opened a permanent delegation office in Geneva.

The Association is currently present in 39 countries across five continents. Its 2000 members, of different ages and states of life, share their lives directly with the poor and the underprivileged, taking care every day for about 41,000 people. Worldwide, the Association has opened 520 centres, including 298 family homes, and runs several projects addressing the needs of vulnerable people.

The Association’s areas of intervention include: assistance, protection and reintegration of disadvantaged people (abandoned children, adults and children with disabilities, victims of domestic violence or trafficking, homeless people, Roma); drug prevention and rehabilitation of drug addicts through counselling centres, therapeutic communities, prevention and awareness raising campaigns; HIV/AIDS and malnutrition prevention and treatment; peace and nonviolence education (promotion of conscientious objection to military service and of national and international civilian service as a nonviolent alternative to the army); vocational education and training for the integration of disadvantaged people in specialised work structures; support of formal and non-formal education; food security and poverty reduction; and promotion of human rights, particularly of vulnerable and marginalised groups (children, women, indigenous peoples and people with disabilities).

Center for the Study of Democracy

This site uses cookies. By continuing to browse the site, you are agreeing to our use of cookies.

We may request cookies to be set on your device. We use cookies to let us know when you visit our websites, how you interact with us, to enrich your user experience, and to customize your relationship with our website.

Click on the different category headings to find out more. You can also change some of your preferences. Note that blocking some types of cookies may impact your experience on our websites and the services we are able to offer.

These cookies are strictly necessary to provide you with services available through our website and to use some of its features.

Because these cookies are strictly necessary to deliver the website, refuseing them will have impact how our site functions. You always can block or delete cookies by changing your browser settings and force blocking all cookies on this website. But this will always prompt you to accept/refuse cookies when revisiting our site.

We fully respect if you want to refuse cookies but to avoid asking you again and again kindly allow us to store a cookie for that. You are free to opt out any time or opt in for other cookies to get a better experience. If you refuse cookies we will remove all set cookies in our domain.

We provide you with a list of stored cookies on your computer in our domain so you can check what we stored. Due to security reasons we are not able to show or modify cookies from other domains. You can check these in your browser security settings.

These cookies collect information that is used either in aggregate form to help us understand how our website is being used or how effective our marketing campaigns are, or to help us customize our website and application for you in order to enhance your experience.

If you do not want that we track your visit to our site you can disable tracking in your browser here:

We also use different external services like Google Webfonts, Google Maps, and external Video providers. Since these providers may collect personal data like your IP address we allow you to block them here. Please be aware that this might heavily reduce the functionality and appearance of our site. Changes will take effect once you reload the page.

The following cookies are also needed - You can choose if you want to allow them: